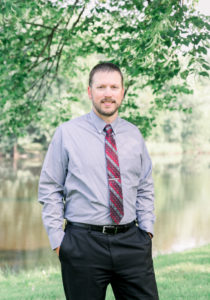 in, where he became interested in the profession of Optometry at a young age.   After high school, he attended the University of Wisconsin-Eau Claire where he majored in Biology and minored in Pre-professional health studies. He later received his bachelors of Visual Science degree from the Illinois College of Optometry (ICO) in 2006 and graduated with his Doctor of Optometry degree from ICO in 2007. Early in his Optometry school career he met his future practice partner and good friend, Dr. Jake Vergin.  Dr. Beloungy had always aspired to become a private practice optometrist and made that dream come true in October of 2007 when the two doctors acquired practices in Chippewa Falls and Thorp, WI.

Dr. Flood grew up in Medford, WI and graduated from Medford Area Senior High School. She completed her undergraduate studies in Bacteriology at the University of Wisconsin-Madison in 2000, and earned her Doctor of Optometry degree from the Ohio State University College of Optometry in 2004. Dr. Flood is a member of the Wisconsin Optometric Association, Indianhead Optometric Society, and the American Optometric Association. 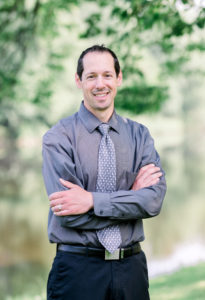 Dr. Jacob Vergin grew up in Rice Lake, WI. After high school, he attended the University of Wisconsin-River Falls where he majored in Biology and minored in chemistry receiving a Bachelor of Science degree in 2003. Dr. Vergin graduated from the Illinois College of Optometry (ICO) with his Doctorate of Optometry in 2007. While attending ICO he met Dr. Ryan Beloungy and the two quickly became friends. Dr. Vergin enjoys all that Wisconsin has to offer and was excited to learn about an opportunity to acquire optometric practices in Chippewa Falls and Thorp, WI. Dr. Vergin is a member of the Wisconsin Optometric Association, Indianhead Optometric Society, and the American Optometric Association.

His special interests in optometry include custom contact lenses and dry eye treatment. In his free time, Dr. Vergin enjoys bow hunting and musky fishing with Dr. Beloungy, and spending time with his wife, Kara and their two daughters Victoria and Joselyn.

Dr. Yaroch grew up in a small town in south-eastern Michigan called Hartland. After obtaining an EMT license his senior year of high school, his focus shifted from emergency medicine to ophthalmic care after working with his local optometrist. 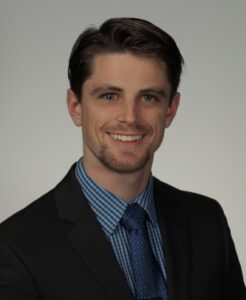 From there, he attended Ferris University in Big Rapids, Michigan where he obtained his bachelor’s degree in science in 2014 and eventually his doctorate in optometry from the Michigan College of Optometry in 2022. His strong interest in year-round outdoor recreation and local community interaction spurred his drive to move further north after optometry school.

Dr. Yaroch is a member of the Wisconsin Optometric Association and American Optometric Association. He also enjoys volunteering annually at Special Olympics Opening Eyes events and has participated in them throughout both Michigan and Wisconsin. Among a variety of outdoor activities, he is most passionate about mountain biking in the summer and both skiing and snowboarding in the winter.

You can schedule your next eye exam with us online!